"The ceremony of Crossing the Line is an initiation rite in the Royal Navy, U.S. Navy, U.S. Coast Guard, U.S. Marine Corps, and other navies that commemorates a sailor's first crossing of the Equator. Originally, the tradition was created as a test for seasoned sailors to ensure their new shipmates were capable of handling long rough times at sea. Sailors who have already crossed the Equator are nicknamed (Trusty) Shellbacks, often referred to as Sons of Neptune; those who have not are nicknamed (Slimy) Pollywogs.

Equator-crossing ceremonies, typically featuring King Neptune, are also sometimes carried out for passengers' entertainment on civilian ocean liners and cruise ships. They are also performed in the merchant navy and aboard sail training ships." 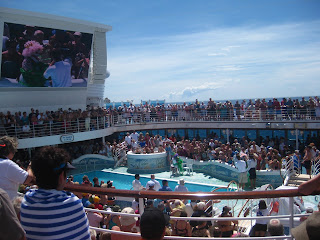 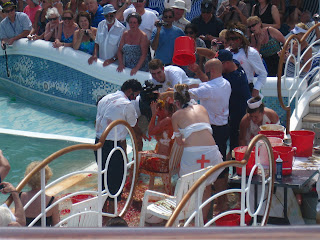 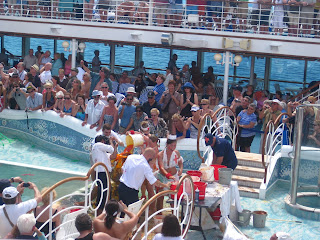 Posted by Alinka Rutkowska at 18:22